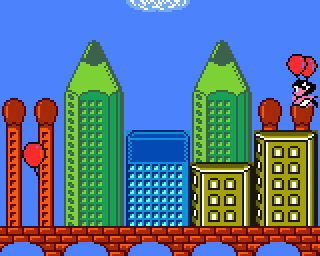 Another day in Pencilvania.
Advertisement:

Welcome to Premiseville, Fictionland, where every city has a Meaningful Name. In certain works, especially kids shows or more whimsical Speculative Fiction the City of Adventure, the place where our heroes live has a name that fits the premise, feel or ethos of the show. The city has a thematic name that describes its residents or culture.

Sometimes a name is chosen against the theme of the show, which is still an example of this trope rather than a subversion because it is still using this trope but in an ironic manner.

See also: Meaningful Name, Theme Naming, City of Adventure, Descriptiveville, I Don't Like the Sound of That Place.