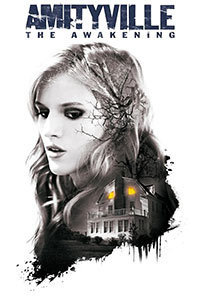 The Walker family find themselves moving into a new home, to the disgruntlement of teenage daughter Belle (Bella Thorne), who has to start her school year all over again rather than pick up where she left off at her previous school. Her mother Joan (Jennifer Jason Leigh) is unconcerned, reminding her that the move was better for the care of her twin brother James (Cameron Monaghan). Three years ago, James was severely injured in a three-story fall and left brain-dead as a result; despite him showing no signs of waking in that time, Joan clings to hope that her son will eventually awaken.

Soon however, as she starts at school, Belle learns that the house they have just moved into is 112 Ocean Avenue, the dreaded Amityville house, and is told of the DeFeo murders that took place there forty years prior and of the film franchise based on the strange happenings that have occurred since. Therefore she is unnerved when unexplained things begin to happen at home involving her brother, slowly leading her to realize the danger her family is now in.