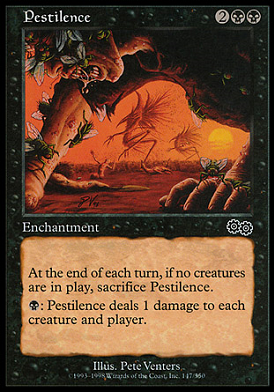 In many works, especially horror movies, the first thing that indicates something going nasty is the arrival of flies, mosquitoes, wasps, and other flying creepy crawlies. Bonus points are earned if they are seen entering or emerging from a sleeping protagonist's mouth, nose, or ears. Generally linked to demons and ghosts, but might just be a symptom of something more natural like decomposition.

This trope has its roots in Beelzebub being "Lord of the Flies", and other Satanic connotations. Alternatively, it may be linked to the Ten Plagues, or simply to decay and death.

Subtrope of Bugs Herald Evil. See also The Swarm and The Worm That Walks, when the bugs are not only an indicator of evil, but are actually used as a monster directly, Beelzebub, Uncleanliness Is Next to Ungodliness, Evil Smells Bad, and Smells of Death.