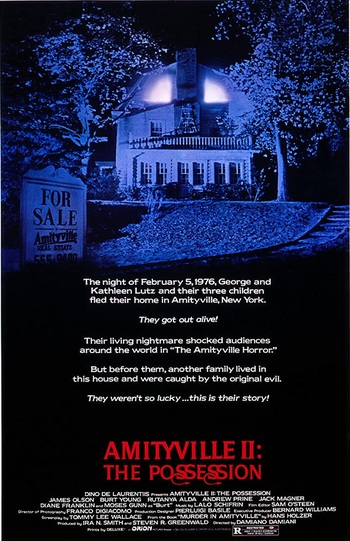 Amityville II: The Possession is a 1982 supernatural horror film directed by Damiano Damiani, based on the novel Murder in Amityville by parapsychologist Hans Holzer. It is a loose prequel to The Amityville Horror (1979) which tells the events that led to the mass murder of the Montelli family (loosely based on the DeFeo family), and the attemps to contain the evil in their house right afterwards.

The Possession has examples of: