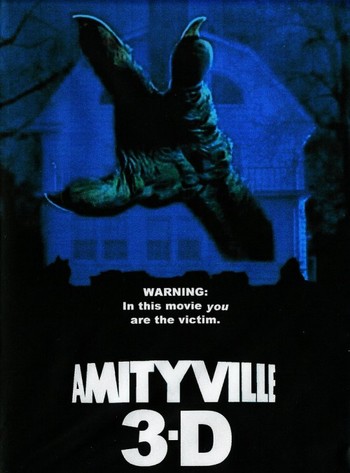 The third film in the Amityville series, released in 1983. Also known as Amityville III: The Demon.

John Baxter (Tony Roberts), a professional debunker of psychic phenomena buys the Haunted House in Amityville since it's cheap, and comes to regret that decision when he and his family become targeted by the supernatural forces within it.

This 3D picture has examples of: