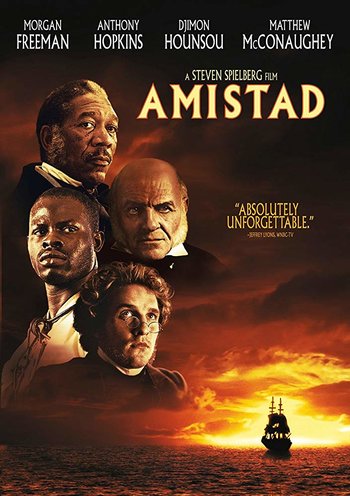 Amistad is a 1997 American historical drama film directed by Steven Spielberg, based on the true story of a slave revolt which took place aboard the Spanish ship of the same name in 1839, and the legal battle that followed. It shows how, even though the case was won at the federal district court level, it was appealed by President Martin Van Buren to the Supreme Court, and how former President John Quincy Adams took part in the proceedings.