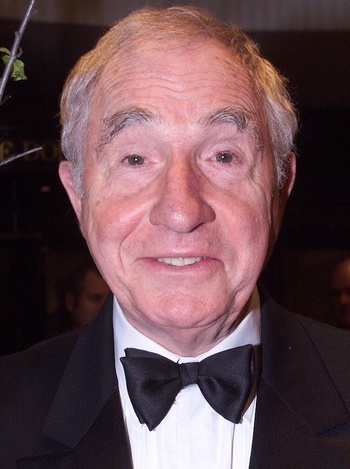 "I went into acting because I was hiding from myself, and although acting has become more of a habit now, I think I am still hiding."
Advertisement:

Sir Nigel Barnard Hawthorne (5 April 1929 - 26 December 2001) was a well regarded British actor who rose to fame in the popular political satire Yes, Minister and its sequel Yes, Prime Minister. To international audiences his most well known role was the titular king in The Madness of King George. Hawthorne was gay but remained in the closet for most of his career before being outed in 1995.