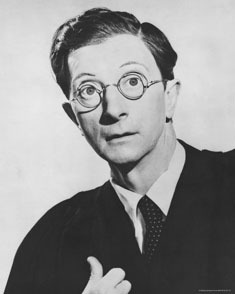 He began his career in the performing arts rather early in his life. By the time he was a teenager, he had appeared on stage, cameoed in comedy films, and was a choirboy, recording songs with a fellow choirgirl. After this, he decided to pursue a career in acting and directing, so he studied in the Italia Conti Academy of Theatre Arts for both professions, while playing bit characters in independent theater plays around England. It was at least around this point that he changed his name to "Charles Hawtrey" — the name of the famous British silent movie actor, joking that he was his distant relative.

When the Second World War came about, Hartree began to appear on the radio and directed a couple of movies. He also took the time to make cameos in stage productions and television series, earning the catchphrase, "How's yer mother? Off for dripping?" in the popular radio show Just William.

In 1958, Charles appeared in the Summer Blockbuster Carry On, Sergeant, which would lead to a long association with the series, appearing in 23 movies from the Carry On franchise, portraying wimpy, overshadowed characters, who later became eccentric alcoholics, reflecting part of his personal life at the end of the 1960s.

The more Carry On movies that Hawtrey would appear in, the more he would become a nuisance to the cast, with stories of diva demands, drunken episodes and homosexual misbehaviour, which had remained private until homosexuality was legal in the UK in 1967. Many assumed that this was due to issues with his home life, such as his mother's dementia diagnosis and her slow, painful death in 1965, which increased his alcoholism throughout his career. The Carry On production team were annoyed with his habits, but tried to keep him relaxed by writing his characters as Mummy's Boy drunkards, giving him an excuse to drink as much alcohol as he wanted to on camera. This spiraled out of control, leading to him being fired from the cast in 1972.

It seemed that it was at this point, his life was beginning to fall apart. Charles struggled to find work after his redundancy, leading to going back to his roots in independent theatre companies — often getting the leading part — but his alcoholism had worsened ever since 1972, leading him to mess up lines on stage, stagger around and barely getting past his character's first line. He was apparently so insufferable at the time that the people he lived near often ignored him, and he raised suspicion amongst them because of his lack of family and visitors.

Hawtrey spent the last few years of his life being a recluse in his home in Devon. He'd been coping with his struggles by drinking more alcohol and secretly having flings with male prostitutes. He was reportedly last seen by some of his neighbours when he burnt down his kitchen in 1987 and was rescued by the fire department, but in 1988, he collapsed in a doorway, and discovered he was suffering from peripheral vascular disease in his legs, brought on by heavy smoking. He refused to have leg amputations, claiming he wanted to die "with his boots on", eventually dying in October of that year.

With no friends and family left, his cremation ceremony was attended by only nine mourners.