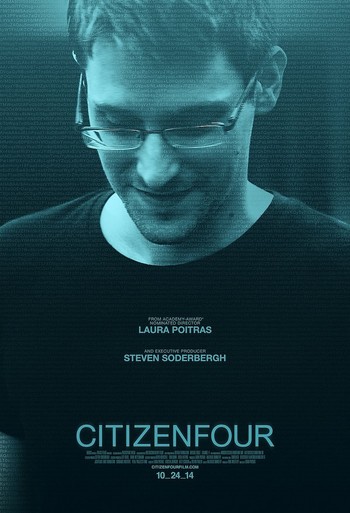 Citizenfour is a 2014 documentary about the actions of Edward Snowden and the NSA spying scandal.

The film focuses on how Snowden began correspondence with director/documentarian Laura Poitras and journalist Glenn Greenwald in order to leak information about illegal surveillance which Snowden obtained while working as a contractor for the NSA. The documentary takes place mostly in the Hong Kong hotel where the three meet over eight days to discuss the data and how best to reveal it to the world, and the repercussions of doing so.