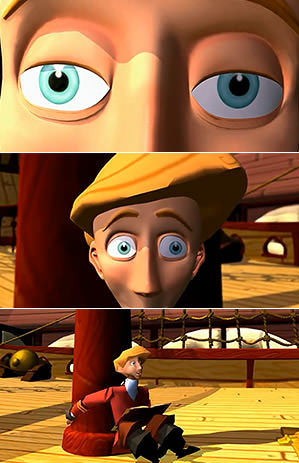 The scene begins with a tight closeup on the character's head, so that it's the only thing we see. After a moment, the camera pans back to reveal the amusing, and sometimes surprising, surroundings.

A type of Reveal Shot. Often used to reveal a Trick Dialogue or a Not so Dire shot.

When it's just the eye(s) in the very first shot, it's an Eye Open.