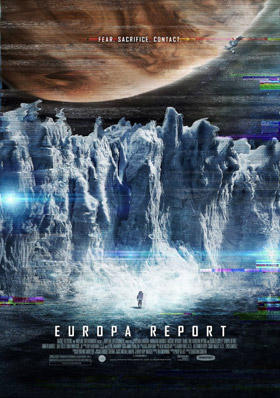 Europa Report is a 2013 independent Science Fiction film. It depicts the voyage of a Multinational Team of astronauts on a mission to find life on Jupiter’s moon Europa.

The film is presented in a Found Footage style, with almost everything the audience sees recorded by the cameras on the spacecraft and on the astronauts' suits. From the beginning, it is apparent that the mission did not go according to plan, and the audience is soon told that the rest of what they are about to see is compiled of ‘recently declassified’ footage.