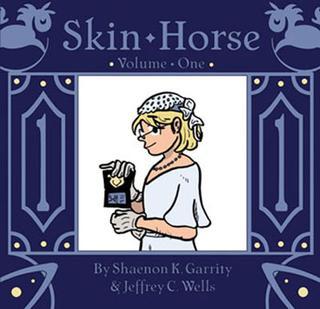 is a Webcomic written and drawn by Shaenon K. Garrity (of Narbonic fame) and co-written by Jeffrey Channing Wells. It was launched in December 2007, and on November 5, 2008

. The comic updates daily, with regular strips posted Monday through Saturday and posts of material related to the comic on Sundays.
Advertisement:

Within the comic, Project Skin Horse (named after a character in The Velveteen Rabbit) is the name of a government department devoted to helping the U.S.'s non- and part-human citizens.

The Story So Far