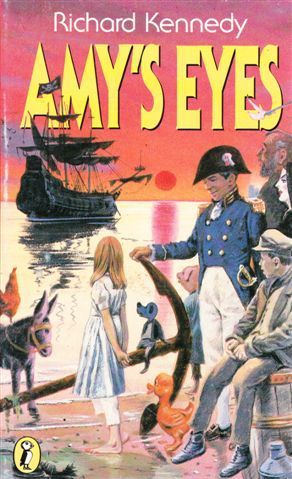 When she was a baby, Amy was left on the steps of St. Anne's Orphanage for Girls by her father, a tailor, who went to sea to find a job, promising to return for her in a year and leaving a hand-made sailor captain doll with her. He never returns, but when Amy is 10, the doll comes to life and slowly become a full-grown man, and leaves for the sea until he is able to adopt her. Sadly, the cruel assistant headmistress of the orphanage intercepts and burns all of his letters, leaving Amy brokenhearted and turning into a doll herself.

The Captain returns to hunt for pirate treasure and takes doll-Amy with him, only to meet a mysterious woman who calls herself the "Bad Sister", who blackmails him into taking her on the voyage for a share of the gold. Things begin to get dangerous when the ruthless pirate Goldnose learns about this treasure as well...

Every chapter begins with a Mother Goose rhyme.