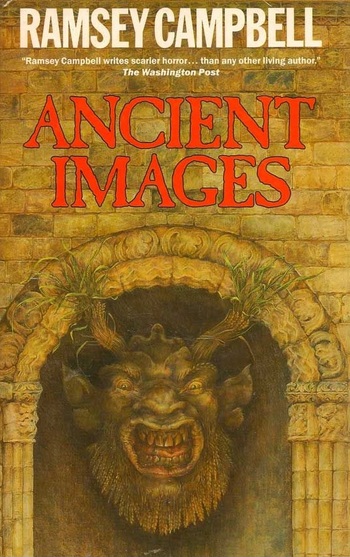 It all begins when film researcher Graham Nolan finds a copy of Tower of Fear, a 1938 Boris Karloff/Bela Lugosi film that was presumed to be lost. He invites Sandy Allen, a film editor, to a private screening in his apartment. But before she can watch the long-lost film, Sandy discovers that Graham has jumped to his death from a tall building. Could it be a suicide, or did some sort of evil force cause Graham to jump?

Tower of Fear was never released to the public, and there are stories of strange events befalling the cast and crew during its production. Prompted by the death of her friend and these weird rumors, Sandy is determined to get to the bottom of whatever is going on. Through the course of the book, Sandy ends up tracking down the elderly actors who appeared in the film. Some of them refuse to talk to her at all. The ones that are willing to answer her questions all seem to have negative memories of their time on the set of Tower of Fear.

Sandy soon starts to experience some strange things herself. One day she comes home to find both of her cats dead. They don't show any signs of injury, so she suspects someone has been tampering with their food. At night, she hears scratching sounds right outside her door, even when there is no one there. While driving all over England, she sees strange, black, dog-like creatures who scurry through the dirt at unnatural speeds. Her search eventually leads her to a small town named Redfield, home of the Staff o' Life bread corporation. On the surface, Redfield appears to be a quaint little village, but Sandy soon begins to suspect that something evil is lurking beneath the town's picturesque exterior.