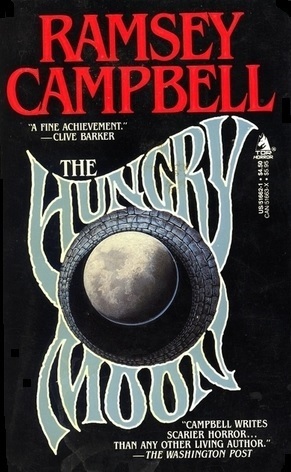 Ramsey Campbell's seventh novel takes place in the fictional town of Moonwell, a remote town in the Peaks District of England where traces of ancient paganism still survive. Chiefly among these is the "dressing of the cave" where villagers decorate a cave with flowers on the longest day of the year. Although the origins of the ancient custom are not exactly known, it is said to be a pagan ritual that dates back to the druids.

Then one year, an evangelist named Godwin Mann arrives in Moonwell. Within a few weeks he has brought nearly the entire town under his spell. He convinces the town to end this tradition because pagan practices have no place in the pure Christian society he is trying to create. On the next summer solstice he plans to descend into the cave to cleanse it and bring it to God.

However, Mann underestimates the power of what lurks in the cave. Upon his emergence from the dark underground, an unnatural darkness befalls the town. Soon, the phone lines stop working and roads turn back to Moonwell, making it impossible for residents to escape. Campbell succeeds in creating an atmosphere that gradually becomes more horrifying as the book goes on. With most of the town's populace in Godwin Mann's thrall, it is up to the few outcasts and remaining non-believers to stop the Eldritch Abomination that has been unleashed.