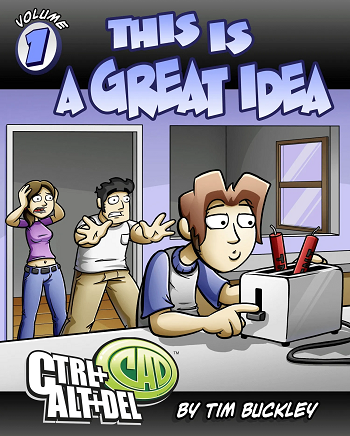 is a Two Gamers on a Couch Webcomic, following the adventures of two guys, a girl, and a robot who alternate between sitting around playing video games and getting up to wacky hijinks. Created and written by Tim Buckley (no relation).
Advertisement:

Over the course of its history, the webcomic has accrued a suite of recurring storylines:

On top of all this, the comic also has "One Shots" that comment on particular events, either being wholly self-contained, set within one of the existing stories above between their arcs, or even a fictional depiction of Buckley's real life as a gamer and parent.

. Or the keyboard command that the comic gets its name from, for that matter.

There is also an animated adaption, Ctrl+Alt+Del: The Animated Series. Its site is here