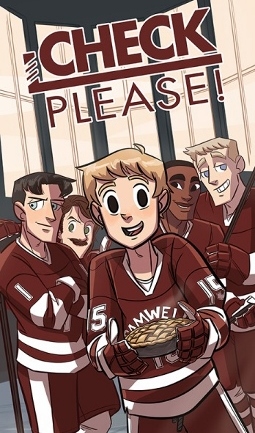 Samwell Men's Hockey Team, Season 1 note from left to right: Jack, Shitty, Bitty, Ransom-and-Holster
"Hey y'all! Didja miss me? (Well I sure as heck missed you!)"
— Bitty, introducing himself to his viewers
Advertisement:

Eric Bittle—former Georgia junior figure skating champion, vlogger extraordinaire, and amateur pâtissier—is starting his freshman year at the prestigious Samwell University in Samwell, MA. And it’s basically nothing like co-ed club hockey back in the South. For one?

It’s a story about hockey and friendship and bros and trying to find yourself during the best 4 years of your life.

To read the entire blog chronologically on tumblr, start here

. You can also read it here