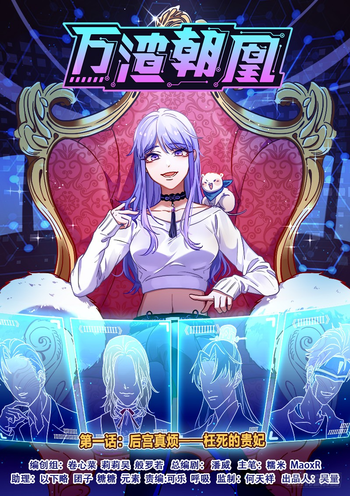 Su Lüxia is a quick transmigration agent bound to the Supporting Character System. As an elite sporting a flawless track record, she dives into countless different worlds and takes over the bodies of wronged female characters (all also named Su Lüxia) whose mistreatment and resentment have reached levels high enough to qualify for the System's services, taking revenge on their enemies and often improving the lives of the women she acts on behalf of.

Each story arc features a different world setting with a new body and mission to fulfill. Accompanied by her loyal System partner in the form of a bamboo rat, Su Lüxia tackles each mission with experienced aplomb, exacting revenge on cheaters and other scumbags and relishing their just desserts.

and tells the story of Su Lüxia's first mission, before she gained the experience and System tools utilised in the main story.

The side story Cheating Men Must Die: The Evil Consort is Busy is published here

and tells the story of a mission against the host of the Emperor System, as well as an agent of a Male Lead System.