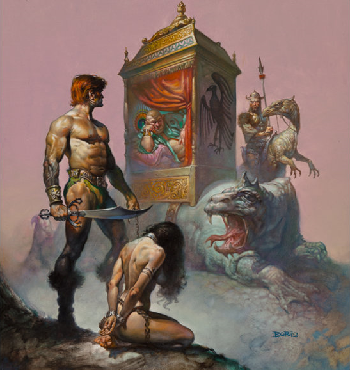 Slavery! Fuck yeah!
The suffering of other people can be appealing, even exciting — as long as it's all made up, of course. And since there's a market for it, many authors will happily provide works where the main hook is that the characters inflict abuse on others or are made to suffer it themselves. This can happen on four levels:
Advertisement:

The husband and wife of a Romanticized Abuse couple should normally only be mentioned here in the supertrope — it's redundant to also mention them in the gendered subtropes, unless they also have individual adventures where they are effectively single or in another relationship with a different dynamic. For individuals who represent a civilization or an organization, it's a matter of whether they act as individuals, as representatives, or both.