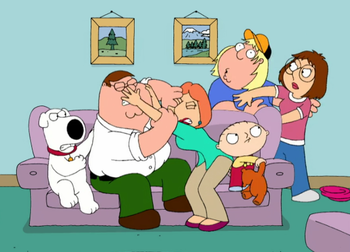 Tropes about family members who just really can't get along with each other too well.

Obviously, this is a subcategory of Family Tropes.