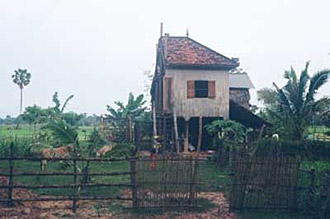 Unfortunately, the golden years of Alice and Bob's marriage have past. Where once they loved each other, now they can barely speak without ending up in a snarling, spitting argument. As a result, they divorce. Naturally enough, each is entitled to a fair share of the marital property, and each expects to get what they think is coming to them.

The problem is, they each have very different views on precisely what they think is coming to them. Because of all the built up bad feelings, Alice wants to punish Bob for being Bob, so she demands the house, the car, the kids, the boat, the CD and DVD collection, the prize rose bushes, the carpet, the dishes, Bob's socks, and most especially his prized mint-condition copy of Captain Ersatz #1 left to him by Bob's grandfather. Bob, feeling a need to retaliate, demands all of those things plus Alice's prized collection of autographed photographs of her favorite Soap Opera stars!

Neither will give in to the other's demands, and neither will give up enough to come to a compromise. The resulting exchange in division of assets might end up equal in monetary value, but it's the sentimental value that's being used as a weapon.

Every time there's a divorce in media, the individuals involved never decide to handle it in a sane, rational manner. They're always as petty, vindictive, and spiteful as possible, in a "Who Can Hurt The Other The Most?"-style contest—especially if one of them is a Gold Digger. It's even worse when there are children in the picture, where even then, the custody battle might have more to do with hurting the ex than deciding what's best for the kids.

Too often this becomes Truth in Television. In Real Life, at least, this sort of thing is why prenuptial agreements came into being, and courts will also allow for sanctions to be pursued against offending parties and their attorneys (and may also deny monetary awards to filers of sanctions whose own behavior left them with no room to talk as per the "unclean hands" doctrine). After all, courts hate divorces just as much as you do, and they really hate messy ones. If you and your ex run up massive legal bills because you just couldn't act like mature adults and had to fight it out to the bitter end (which in fiction-land often involves such extremes as hiring the sleaziest Amoral Attorney in town or even the occasional assassin), the court will do its best to punish you and your attorney (who absolutely should have known better) for it.