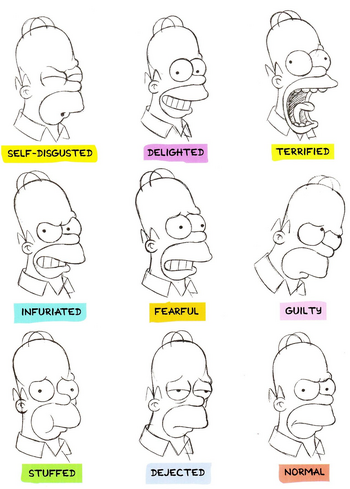 "Let us not forget that the little emotions are the great captains of our lives and we obey them without realizing it."
— Vincent van Gogh
Advertisement:

Tropes about emotions in general. (For specific emotions, see the specific indexes.)