Song of Many Emotions 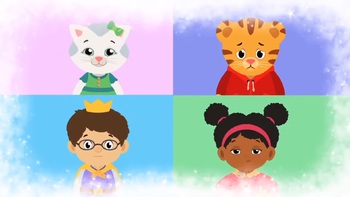 "There are so many feelings for you to know / So many feelings like colors in the rainbow."
"I laugh when I'm happy, I cry when I'm sad, to show how I'm feeling, I growl when I'm mad. I shake when I'm frightened by a nightmare that I had, but of all these feelings, winter, spring, or fall, I like laughing when I'm happy best of all."
— Ernie, Sesame Street
Advertisement:

Many songs are about emotions. Some might be about romantic love, platonic love, sadness, anger, desire and many emotions besides, but this trope is what happens when you get a song about a whole lot of emotions. Well, three at the very least.

Maybe the song is about how the singer or the person being sung about is feeling multiple emotions at once or keeps shifting emotions (which could be because of several events that make them feel different ways happening at once, or a single complicated event that makes them feel all those emotions, or because that's just how they roll).

It could also be educational, meant to teach about the emotions it mentions, which is common in kids' works, especially if the work in question is an Edutainment Show. They'll often talk about what makes someone feel the emotions ("we're sad when someone dies, we're happy when we get ice cream, etc") or how emotions are expressed (e.g. "We laugh when we're happy, we cry when we're sad".) A common ending for the educational version is either a statement that happiness is the best/most important emotion, that all emotions are normal/acceptable, or both. Such songs tend to have generic names like "The Feelings Song" or "The Emotion Song".

The two variations can also overlap by having someone essentially have mood swings in song for educational purposes. Both versions can also be about several people feeling different emotions. The trope may also be downplayed by having the emotions be a secondary theme.

May be a List Song. Compare Colorful Song, which is this but with colors instead of emotions. Contrast Ode to Apathy.

Ernie sings to Natasha about how different feelings are expressed.

Ernie sings to Natasha about how different feelings are expressed.