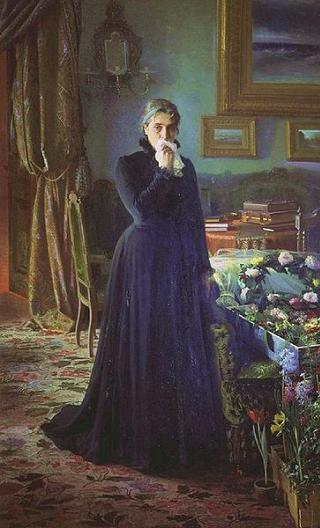 Gee, do you think she might be sad?* That, or she's just allergic to all those funeral flowers.
"Look at that body language. Legs crossed towards each other — that's an unequivocal sex invite."
— Cher, Clueless
Advertisement: