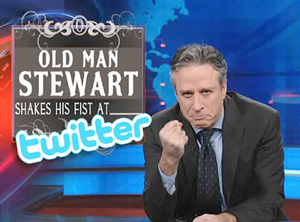 How do you show you're really pissed off, but don't want to be Flipping the Bird? Raise a clenched fist to the sky and shake it, as if you're contemplating punching/strangling God! Even better if you have a Gloved Fist of Doom, or there are a ton of fellow angry citizens raising their fists with you to show their solidarity and defiance towards The Man. More often though, it's Played for Laughs as an intentionally futile expression of a character's frustration: especially if the character is getting frustrated by something most would consider irrelevant. May be used frequently by the Extreme Doormat, rather than actually committing violence even when it would be definitely justified. Though might also be used by any character if they can't actually commit violence against the person they are frustrated with (for example, if that character is a cop). When multiple people do it though, the effect is rather different: either leading to a character being ganged up on, or a dramatic confrontation with an antagonist. If done by The Woobie, may be a sign that the character is becoming a Woobie, Destroyer of Worlds (and will become this if they don't start getting treated better). Similarly, The Cutie may do this right before she breaks: in which case don't expect the other characters to take it seriously until it is far too late.

Will often result in Milking the Giant Cow if overdone by a Large Ham. May also be used for a particularly defiant Villain: Exit, Stage Left (usually accompanied by some variation on "I will get you, you'll see!"). If it's done toward a person, it's often a threat to engage in Good Old Fisticuffs.