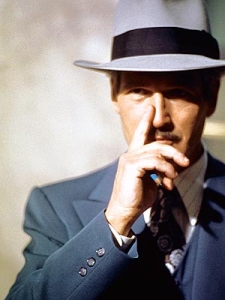 When a character taps their nose, they "know" something.

This seems to be a western cultural thing; in Asian cultures, pointing to the nose (or the face in general) is equivalent to the Western gesture of gesturing at your chest to indicate you're talking about yourself (essentially, the unconscious gesture you do anytime you say, "Who, me?") Indeed, nose tapping is almost always dependent on the context in order to make much sense at all what it is. All any of these examples can really say for sure is that tapping the nose means something.

Can, of course, be used to indicate The Nose Knows, but not required.