Flourish Cape in Front of Face 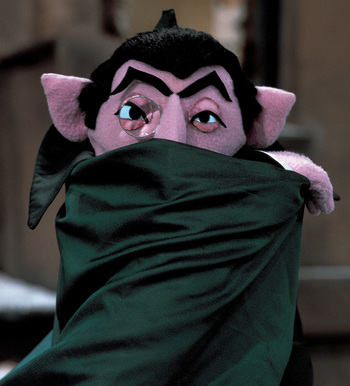 One! One dramatic cape flourish!
Advertisement:

Character archetypes known to do this include, but are not limited to:

Reasons for doing this include, but are not limited to:

Sub-Trope of Cape Swish. Compare Noblewoman's Laugh, which is usually hidden behind a handheld fan or just the hand.