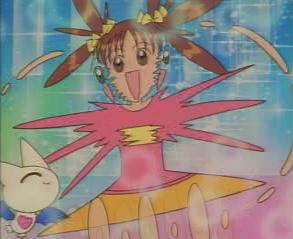 Sana gets a little carried away demonstrating this trope.
Advertisement:

When an animated character gets frightened, excited or angry, she may flail her arms or legs around so fast that they are literally a blur. Sometimes it's a complete blur; other times, you will see the arms or legs, but in multiple vision.

This trope comes in a few simple variations:

This is a typical behavior for a Genki Girl.