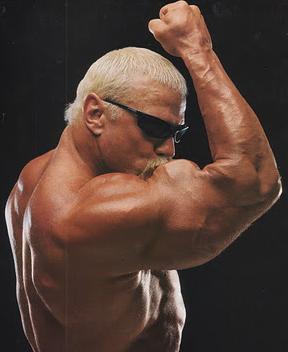 "Look at that showoff, kissing his muscles."
— Homer Simpson, The Simpsons, "Bart the Daredevil"
Advertisement:

A vain character (usually if not always male) loves how much time and effort he's put into his enormous arm muscles, and shows how much he loves (or shows off to others) them by kissing his own biceps.