Eye Am Watching You 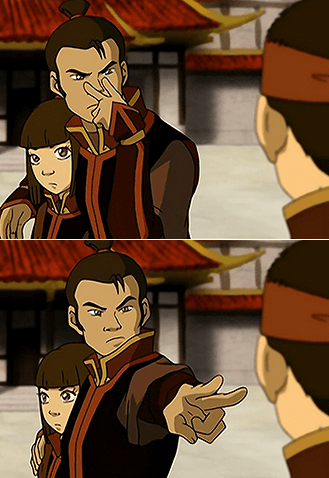 So there's something off about the new guy. You want to keep him on his toes, let him know that he can't be at home just yet. You want him to know that you'll be watching him.

The wonders of nonverbal communication make saying all this without wasting your breath possible. Just perform these two simple gestures. Point to your eyes, preferably using the backward V-Sign: "I AM WATCHING" and point to your target: "YOU."

Details can vary, using different fingers when pointing at different things, but this is how you generally tell someone that you are watching them. Though generally a threatening gesture, it is known to have at times been used in a friendly or reassuring manner as well; communicating something to the effect of "I'll be seeing you", "I've got your back" or such. In many sign languages, the same gesture from one side of the face (not centered) translates as "see" or "I see you."