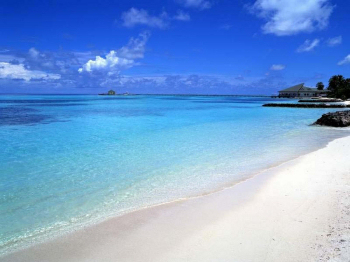 Blue can be a complicated color to describe. Blue is traditionally the color of both the sky and of water (especially deep water), and of various fruits and flowers, and a common eye color in humans indigenous to western Eurasia and in many species of mammals, and one of the main colors of natural beauty in general. Despite that, it's one of the rarest colors in nature past the sea and sky: natural blue pigment is hard to come by compared to other colors, and most blue animals, especially on land, instead carry light-diffracting structures on their surfaces to give the illusion of blueness.

Among humans, blue is statistically the most common personal favorite color. Part of this might be because that aforementioned rarity in nature makes it pop out more compared to other colors. On the flipside, blue is a very common color in flags, heraldry and politics. Blue is also a potent symbol of deep emotion, especially sadness.