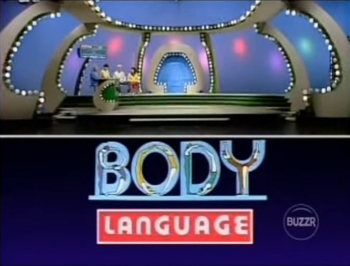 Charades Game Show that ran on CBS from 1984-86 with Tom Kennedy as host in which two celebrity/contestant teams acted out a series of words charade-style with one teammate as the actor and the other as guesser.

The correctly-guessed words were then inserted into a sentence on the gameboard, after which the team had a chance to identify what the sentence was describing for some cash. $500 won the game and the right to play the bonus round.