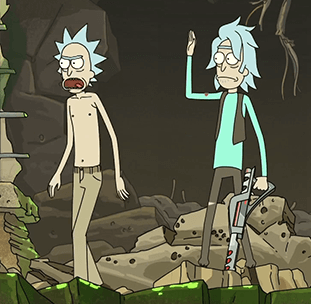 A character makes a joke or comment and holds up their hand for someone to high-five. "Am I Right?" they may say. No one takes them up on the offer to high-five. Typically indicates that the other character finds the statement obnoxious or unfunny and won't bother dignifying it with a response. In other words, it's a way of saying "No, you aren't right." Conversely, it could also be used to depict the other character as cold or in a bad mood.

Also works with other gestures of approval such as fist-bumps.