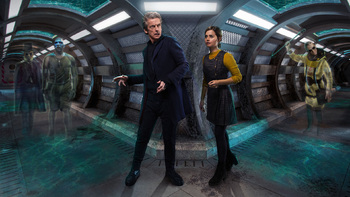 Ghosts from the future? Good thing Charles Dickens isn't around.
Click here to see the Radio Times magazine poster for this episode: 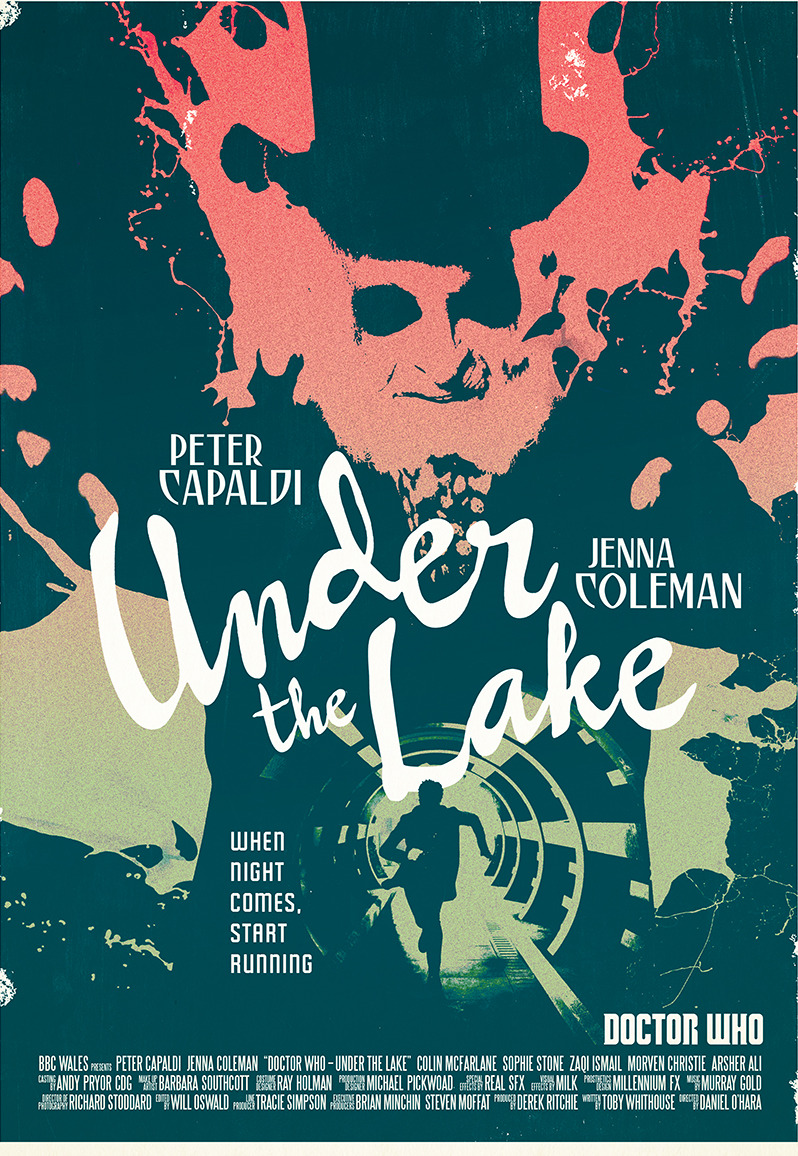 "Every time I think it couldn't get more extraordinary, it surprises me. It's impossible. I hate it. It's evil. It's astonishing. I want to kiss it to death."
"So we're fighting an unknown alien force that has taken the form of your commanding officer and a cowardly alien... underwater... in a nuclear reactor. Anything else I should know? Somebody got a peanut allergy or something?"
— The Doctor
Advertisement:

The one where the Doctor needs cue-cards.

The first episode of a two-parter written by Toby Whithouse, continued in "Before the Flood".

The crew of a base located at the bottom of a Scottish lake have brought inside a mysterious object they've found on the lake bottom. It appears to be a spaceship, and as the crew are inspecting it, one of the engines suddenly ignites, killing Moran, the base commander.

A few days later. The Doctor and Clara arrive at the base, and the Doctor notes that the TARDIS seems to be unhappy with landing there. Clara's not too concerned, because she's raring for an adventure. The two of them, wandering the base, find two ghosts, Moran and a Tivolian in a suit and top hat. The ghosts lead them to the bay where the spaceship is. The Doctor and Clara board the spaceship, and the Doctor notes a few things missing: a cryogenic pod for the pilot, and one of the power cells. There's another thing: four mysterious symbols carved on the wall.

After exiting the spaceship, the ghosts appear again, and try to kill them. The Doctor and Clara are forced to run from the ghosts, and encounter the surviving crew members, who beckon them into the base's Faraday cage. The ghosts can walk through normal walls, but the Faraday cage is a no-go. The crew tell them that the ghosts only come out during the artificial "night mode", but that when day mode comes back on it'll be safe to go outside — and day mode will be back up shortly.

The Doctor wants to know something else: What are the ghosts? Why are they killing people? And what do they have to do with the symbols on the spaceship?