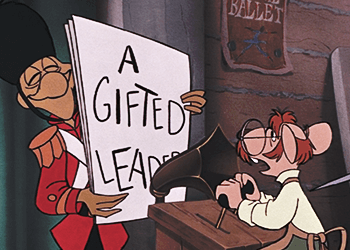 A character holds up a cue card

for another character to read, usually while hidden. Expect the reader to be Reading the Stage Directions Out Loud.