Literature / The Dream of Perpetual Motion 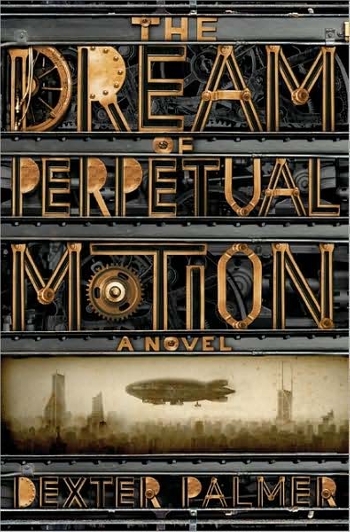 “Storytelling—that’s not the future. The future, I’m afraid, is flashes and impulses. It’s made up of moments and fragments, and stories won’t survive.”
— Prospero Taligent
Advertisement:

A Steampunk novel by Dexter Palmer, which extolls the virtues of Not Knowing against the pragmatism of Knowing Everything.

It takes place in the first half of the 20th Century, where mechanical men and inventive machines dot the landscape. The main characters are Harold Winslow, a (failed) aspiring writer who does greeting cards to pay the bills, Prospero Taligent, the genius inventor of all the machinery that now dominates the world, and his daughter, Miranda, who is a cultural icon. Other characters include Harold's ignorant sister, Astrid, who's an aspiring artist, Caliban Taligent, who's Prospero's secret son, as well as, well Those Two Guys.