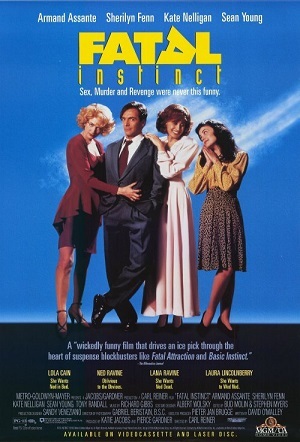 The movie follows Ned Ravine (police officer and lawyer) who has an affair with a woman named Lola Cain. Ned's wife Lana and her auto mechanic Frank, whom she's having an affair with, start plotting to kill Ned in order to collect on his accident insurance. The film continues, following the ensuing antics involved.