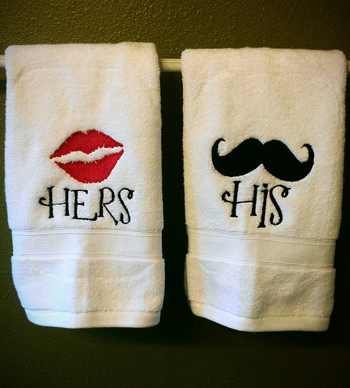 When a matching pair of something, usually bath towels, are labeled 'His' and 'Hers' in order to signify a couple living together. Mostly a Discredited Trope these days, and is almost never played straight.

Parody can come either in the labeling of the objects (for example, "Its" instead of "His" or "Hers"), or in the object itself (say, a military family with His and Hers rifles).