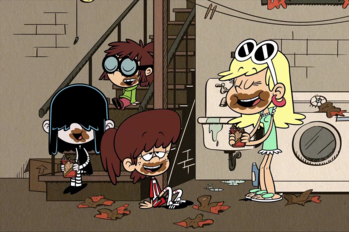 Chocolate is a well-liked sweet, but in fiction, it's treated as the Trademark Favorite Food and occasionally even G-Rated Drug for not only the Sweet Toothed but an entire gender. Adult or child, the female sex in general absolutely adore chocolate in fiction and many jokes are themed around female characters' love of it. Whether it be normal mood, PMS, or pregnancy, this trope is usually stereotypical.

Contrast with Real Men Hate Sugar, where male characters hate anything remotely sweet. Compare to Chocolate of Romance, with which it sometimes overlaps, and Heartbreak and Ice Cream. Truth in Television for some, but not for others.