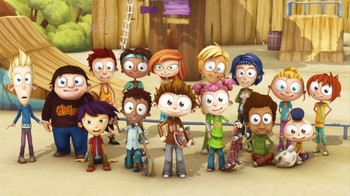 Angelo Rules is a French animated TV show. It shows Angelo, a 11-year old boy, coming up with strategies to battle and situation. With the help of his best friends, Sherwood and Lola, nothing can go wrong.