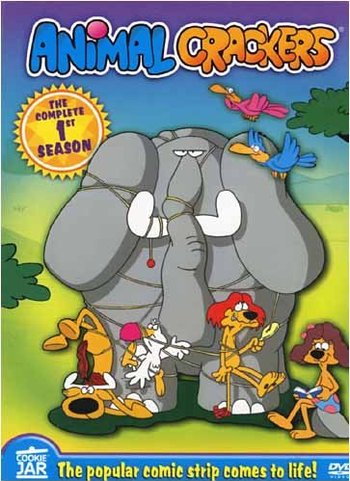 Animal Crackers is a Canadian animated series that aired on Teletoon in 1997, and based on a comic strip created by Roger Bollen that's been running in newspapers since 1967. It was produced by Cinar with association from the French studio Alphanim (now Gaumont Animation). The series is set in the fictional land of Freeborn, and follows the lives of several of its animal inhabitants.

The show also adds multiple new characters into the fold. The cartoon ran from September 7, 1997, to September 12, 1999, and had three seasons, with a total of 39 episodes.

Not to be confused with the 1930 musical comedy starring The Marx Brothers, or the 2017 animated film released on Netflix.