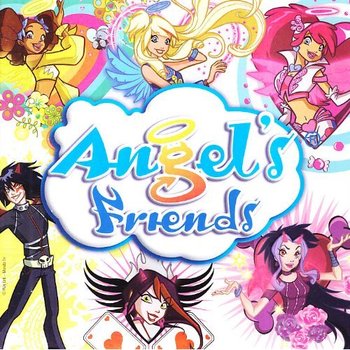 Angel's Friends (2009-2012) is an animated series loosely based on a comic by Simona Ferri. It is about a trio of teen angel girls who are sent to Earth to help some Earth teens, but a trio of devils are sent to interfere. The series lasted for two seasons and a made-for-television movie entitled Angel's Friends: Between Dream and Reality.

Outside of Italy, the series can be seen on NBC and syndication in the USA, often on digital subchannels trying to meet E/I requirements. The English dub for both seasons can also be watched on YouTube.