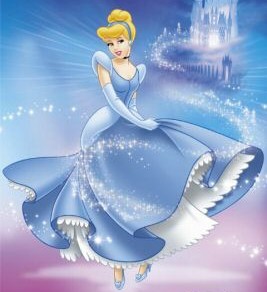 "Have you ever seen such a beautiful dress?"
Firo: Why'd you spin around?
Claudia: Because I wanted to twirl my dress!
— Baccano!
Advertisement:

It's that dainty twirl that female characters do when they wear a full skirt or dress.

In general, it's done to emphasize either how lovely the item is and/or how much the wearer loves it. It also denotes the youthful, cheerful girlishness of the character herself, or otherwise give off that impression. It's sometimes done with wedding and/or prom dresses.

A Tomboy with a Girly Streak will likely do this when she has a pretty dress she wouldn't normally wear.

Often used as a Modeling Pose (even with a miniskirt as long as it flowed).

A Sub-Trope of Spectacular Spinning. Compare Cape Swish and Every Proper Lady Should Curtsy.