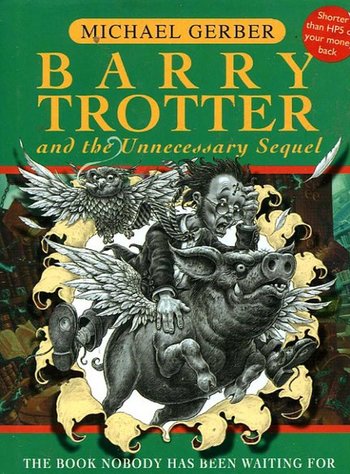 Hmm, wonder who that's supposed to be.
Advertisement:

Who knows how the idea got started that, when making The Parody, it is innately funny to replace each character's original name with a silly one that rhymes or sounds similar. But get started it did.

This does make sense from a certain vantage point. After all, if — for copyright and/or trademark reasons — a publisher can't use the characters' real names, they might as well replace them with something funny. However, some writers make the mistake of thinking that doing this makes their parody automatically funny. It doesn't. It may also be done to make it absolutely clear just what is being parodied since Viewers Are Morons. At its very worst, this is done when the writers don't know what they're parodying and thus making fun of the characters' names is the only joke they can think of.