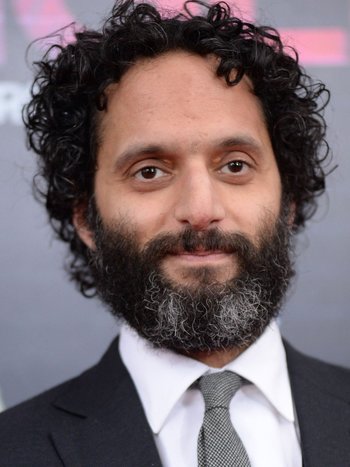 Jason Mantzoukas (born December 18, 1972 in Nahant, Massachusetts) is an American actor, writer and producer. Recognizable by his expressive eyes and thick beard, he tends to play intense weirdos such as Rafi on The League, Alex on Close Enough, and Adrian Pimento on Brooklyn Nine-Nine. He's also known for playing Derek Hoffstetler on The Good Place and Dennis Feinstein on Parks and Recreation.

He also co-hosts the popular film discussion podcast How Did This Get Made? alongside Paul Scheer and June Diane Raphael.