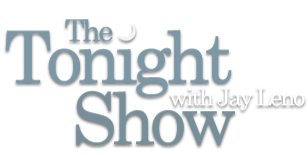 The fourth incarnation of the Tonight Show franchise debuted on May 25, 1992, three days after Johnny Carson's retirement as host of the program. The program originated from NBC Studios in Burbank, California, and was broadcast Monday through Friday at 11:35 p.m. in the Eastern and Pacific time zones (10:35 p.m. Central/Mountain time). Unlike Carson or his predecessor Jack Paar, Leno only once used a guest host, preferring to host the series in person.

The series, which followed the same basic format as that of its predecessors (an opening monologue followed by comedy routines, interviews and performances), ran until May 29, 2009, after which Leno was succeeded by Conan O'Brien. NBC signed Leno to a new deal for a nightly talk show in the 10:00 pm ET timeslot. The primetime series, titled The Jay Leno Show, debuted on September 14, 2009, following a similar format to the Leno incarnation of Tonight.

Neither O'Brien's version of the program, which premiered June 1, 2009, nor The Jay Leno Show generated the ratings NBC had expected. The network decided to move a condensed 30-minute version of Leno's show to O'Brien's time slot, and O'Brien's Tonight Show a half-hour later. This decision met with opposition from O'Brien, and his stint on The Tonight Show ended January 22, 2010, after which he began his own talk show on TBS. The Tonight Show with Jay Leno then began its second incarnation, the sixth of the franchise, on March 1, 2010. Leno left The Tonight Show for good on February 6, 2014 and on February 17, was succeeded by Late Night host Jimmy Fallon, at which time the series returned to New York for the first time since 1972.

The Tonight Show with Jay Leno features examples of: