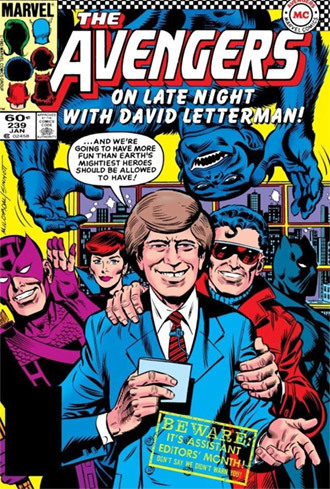 Letterman works too.
"Assures us the events on screen received national attention by the appearance of Jay Leno on a television, who makes a joke about it."
— Roger Ebert, Big Little Movie Glossary
Advertisement:

Sure, bloggers have blogged about it, the dead-tree media have gone on and on, the local TV news has flogged it to death, but it is not really news until Jay Leno, Conan O'Brien, Stephen Colbert, Jon Stewart, Jimmy Fallon, or Trevor Noah has taken notice.

This carries over to the in-show universes. How do you show President Bartlet's actions are getting a lot of press? Get Jay Leno to guest star on The West Wing and do a Show Within a Show mention of it. For slightly older shows or movies, Larry King may be substituted. Even older ones used Johnny Carson, and further back you'd get Jack Paar or even Milton Berle.

Mitch gets to go on Larry King Live!

Mitch gets to go on Larry King Live!