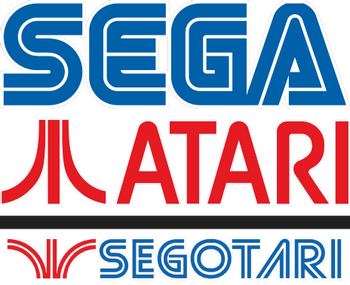 In 2077, Sega and Atari have merged. Where'd the O come from?
One very clear way of showing it's The Future in a work is to depict two corporations which in our time are blood rivals having merged into a Mega-Corp.
Advertisement:

When played for dystopian drama, this may be a symptom of an Assimilation Plot or One Nation Under Copyright.

Contrast Balkanize Me and Divided States of America. This trope can be used as a subtrope of Bland-Name Product if just to write around trademarks.