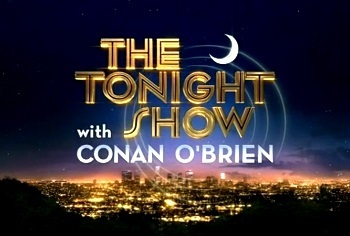 In January 2010, after the show had been on the air for seven months, it was announced that NBC was intending to move Leno from primetime back to his original timeslot at 11:35 pm, with O'Brien's show starting shortly after midnight. In response to the announcement, O'Brien released a press statement saying that he would not continue as host of The Tonight Show if it was moved to any time after midnight to accommodate The Jay Leno Show. He feared it would ruin the long and rich tradition of The Tonight Show, which had been on after the late local newscasts from the beginning. After two weeks of negotiations, NBC announced that they had paid $45 million to buy out O'Brien's contract, ending both his tenure as host as well as his relationship with NBC after 22 years.

Conan O'Brien's final Tonight Show was broadcast on January 22, 2010, with Jay Leno officially resuming his role as host on March 1, 2010, immediately following the conclusion of the 2010 Winter Olympics. It later received four Primetime Emmy nominations, including Outstanding Variety, Music or Comedy Series, the first time The Tonight Show received a nomination for this particular award after 2003.

At only 146 episodes (145 aired) over the course of seven months and three weeks, it is the shortest-running iteration in the sixty-year history of The Tonight Show.

The Tonight Show with Conan O'Brien features examples of: