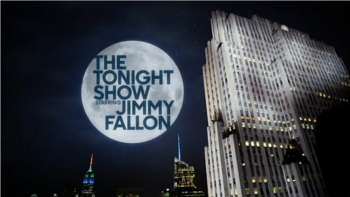 The program airs weeknights at 11:35 p.m. ET/PT. The show opens with Fallon's topical monologue, then transitions into comedic sketches/games, concluding with a guest interview and musical performance.

Jessie is So Excited!

Jessie is So Excited!